That wasn't what she said. He thought it was, but it was trickier than that. It was something so subtle she couldn't even tell that her plan to outsmart him was working.

It was so easy.

He was never smart when it came to her.

Birds flew in his brain erratically ringing bells and rattling shutters as if a hurricane was headed his way. It was. Her hurricane. Her plan of raging menacing love, focused on getting everything in place. 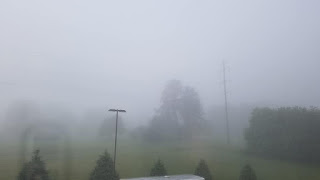 Honestly, he saw her as the most honest person he knew.

Honestly, she mean to be completely honest. At all times. Even (especially) with him. But she lied.

Who was that? How did he get there? What did she have to do with it?

He'll never know. He had nothing to do with her for ten years or more and now, back in her life, he has nothing to say about what she did during that time. No reason to get upset about any of it. It was (as Adele sang in the background), water under the bridge.

He preferred Patty Griffin. The bare, essential, raw Patty Griffin that she played the first time they slept together (again). It felt oddly unrelated and yet completely related. What did Moses have to do with this? Who was Lorraine?

It didn't end the way he'd planned. Was it nerves? Was it trouble? Was it all in her plan?

No, nothing was in her plan. She'd planned it that way.

Five Minutes: Writing improvisationally without filters for five minutes and then stopping. Then, perhaps, finding a random image to go with it.