Scene Starter: I Must Be Wrong 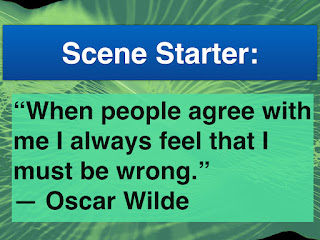 Posted by Doug Smith at 9:10 PM No comments:

Five Minutes: There Is No King

We wanted a Queen. Or, someone like a queen. Someone who knew what she was doing. Someone who was polite and followed protocol. Someone with fancy clothes.

We got a frog. Well, not really a frog, but it might as well be a frog. We got someone who didn't even resemble a queen and there is no king. Only, noise in an unhealthy ratio.

The noise to signal ratio is more than upside down, it's flippo beano.

"You should write something more positive," she said. "No one wants a steady diet of negative."
"How about a steady diet of pizza. I could use that..."
"Sushi would be better, and healthier."

I could see that she had a point. It reminded me of a cartoon with Harry Nilsson's voice. The Point. Another tenor gone too soon.

She thought of a joke about a soprano but kept it to herself. It was just as well.

We wanted a queen. A bright, brilliant woman in charge. Someone who cared about outcomes other than wealth. Instead, we got a toad. No, that's not fair to toads. We got stained. 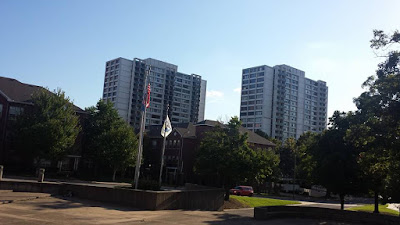 Picture This: Not A Stranger 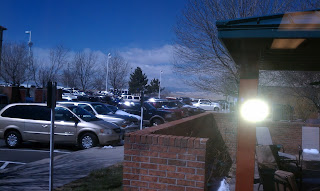 He wouldn't never be caught stalking. It wasn't his style. He respected his friends and he respected her the most (until she couldn't be trusted.)

But he'd see her anyway. In the shadows. Walking along a street they once walked together. Staring at her phone as if messages from the universe were working their way to her brain. Whatever was left of it...

He couldn't see her anymore. Maybe he imagined that light, that beam, that moment.

But he could have sworn that was her dog. 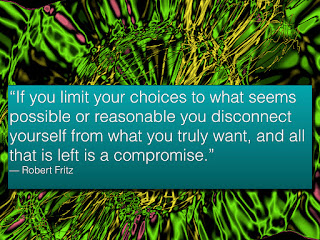 "If you limit your choices to what seems possible or reasonable you disconnect yourself from what you truly want, and all that is left is a compromise."
-- Robert Fritz
Posted by Doug Smith at 12:12 AM No comments: 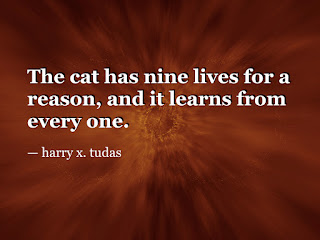 
Create a scene where one of the characters has nine lives, but you do not know who at first. Only one character, though, can actually have nine lives. Without denying any offers, make the scene work.

Posted by Doug Smith at 3:19 PM No comments: 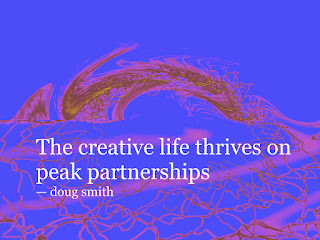 Improv is a series of partnership games. Each successful game requires collaboration and partnership. Few things are more disappointing than solo games. It takes a team, even if the team is only two.

What partnerships are you creating?

Posted by Doug Smith at 3:15 PM No comments: