Picture This: No Flowers For Her 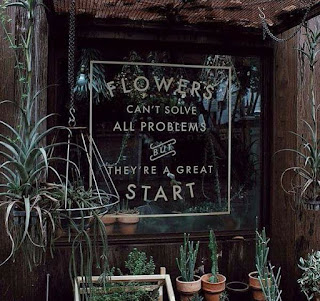 You can't go wrong with flowers, right? Isn't that the universal way to show that you care, to show how sensitive you are, to rekindle the flames of love?

Maybe. But I don't recommend sending flowers to more than one person at the same time. Not on Valentine's Day anyway. Imagine that? Yep, I've done it.

I've said it before and I'll say it again (because I do think that it's true) the truth will always bubble to the top. If you send two people flowers, at least one of them is going to find out about it. Especially if you tell her.

Why would I tell her? Because the truth always bubbles to the top.

Why would I tell her? Maybe I've got a romantic squash wish. Set up the romance, and then find creative ways to squash it. Like sending flowers to more than one person on Valentine's Day.

Not a good idea.

The truth didn't come out at first. It took months. But when it did it was about as popular as a burp during meditation. A fart during yoga. A laugh during a funeral. Not good, not cool.

But the truth comes out.

I fixed it, though. I found someone else completely who doesn't even like flowers. No flowers for her. It does not impress her, it does not please her, she'd rather not have them in the house. So, no chance of sending her the wrong flowers.

But what do I do when she's mad?

1. Find a random image
2. Write for five minutes only, inspired by that image.